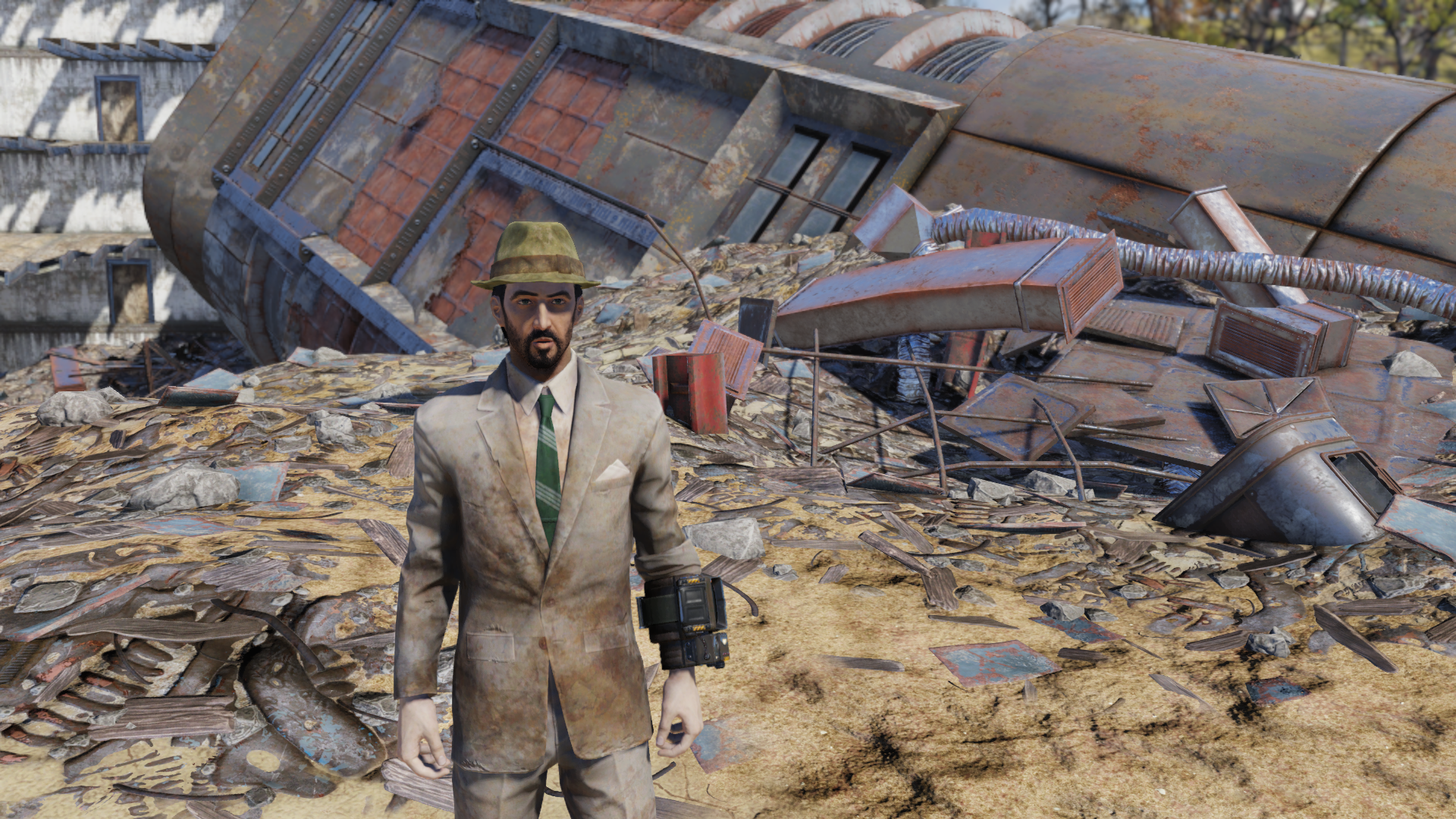 The next installment in the Fallout franchise has been released for only four days, but boy, haven’t these four days been turbulent or what? Criticism is raining down on 76 like nukes and it seems that only the hardcore fanboys are liking it. But is this hate deserved?

I have played the game over the weekend, so would like to share some early impressions. The game is HUGE, so I don’t believe that around 10-15 hours of playing it would allow me to properly “taste” it. In this article, I have outlined some of the things that got my attention during my playtime. Oh, and about the question above: does Fallout 76 deserves all the flack? Unfortunately, mostly yes.

The PC port is horrible

No exageration! It has been talked a lot about the missing features over the past few days. No FOV slider? No push-to-talk? I mean, that’s some basic stuff.

What surprised me even more is the absence of a chat window. I get that chatting instead of talking can break the immersion, but what about people that don’t have a mic(like me)? I now need to go and buy a pair of new headphones if I want to properly participate in the social aspect of the game.

However, the thing that annoys me the most are the controls, especially in menus. I can bet you a thousand caps that whoever did the port have never played on a PC before. Firstly, you can never do anything with just the mouse. There is always a key to be pressed in order to confirm whatever you wanna do. Sometimes to accept something you need to press Enter, other times, for another menu it will be E, and on some occasions it will be Space. Sometimes pressing either will do the job. Other times only a certain one will do. It’s a puzzle you need to solve every time.

The world is quite, quite big

One of the trademarks of Bethesda games is present here in full force: that feeling when the game unleashes you onto the world and you realise how much stuff, how many places there are. The land of Appalachia is full of interesting sites, from ruined houses and gas station, to industrial buildings, to amusement parks even.There is a lot to discover and Bethesda has once again proven their skill in environmental storytelling. I also think the interior design is better, compared to Fallout 4 since the latter one was too labyrinth-like for my taste.

What I also liked very much is that, since the world is far bigger than the one of the previous game, no zone(among the ones I have visited so far, at least) feels overstuffed with locations, as was in the Boston area, for example.

I am still mainly circulating around the starting zone for now, but am eager to see the other biomes and what they have to offer.

It feels empty, though…

Not adding human NPCs was quite the controversial decision and I regret saying it does not seem to be paying off. I get that it is meant to evoke a feeling of loneliness, but it mostly makes the world feel static and lifeless. There are huge stretches of playtime, usually when traversing between locations where nothing is happening. You get the feel that there isn’t anything much beyond the occasional ghoul or wolf. In previous titles the explore-travel-combat repetition would be broken by meeting some strangers along the way, maybe a trader, or a traveler like you, or a bandit. This would help change the pace for a moment and would also help enhance the world.

Relying on living people to do this simply doesn’t cut it. The world is too big for the player count so you seldom see anyone. And when you do, they usually just run off to do whatever business they have. Also, meeting people with names like pu$$yk1ller does not speak immersion to me. Maybe if Roleplaying servers appear, it will change things for the better, but dedicated servers are still a long way off.

Much of it has been carried from F4, but has been refined here. Rummaging through deserted buildings always feels rewarding, especially with the still present junk system. Never in my life have I been more happy to find empty aluminum cans as in Fallout 4 and 76! The weapon and armor crafting is still solid, though there are very few upgrade options at the beginning. Equipment degradation is also back and I couldn’t be more happy. So far I have found a few uniques, although only as quest rewards. I really hope that there are some that drop at random as well.

Base building is also back and it is pretty ok. As much as I wanted to like it in Fallout 4, I found it to be too unintuitive. Without any settlers to manage and will smaller build space it is far easier to construct something for your liking. Also building feels more snappier than before, which also helps. There seems to be quite a few recipes for different furniture, as well for variants of said furniture, so thumbs up there.

Speaking of recipes, there are a lot culinary ones as well so the gastronomes amongst the players will be quite satisfied. Oh, and on a side note: food gets stale over time. Another like from me!

The AI is non-existent

You might have noticed that I left out the combat from the upper paragraph. Though the gunplay is basically carried over from Fallout 4, it seems that the AI has been incidentally dropped somewhere along the way.

Enemies have two modes: melee ones charge you recklessly and ranged ones stay on one spot and shoot at you. I’m not exaggerating! Sometimes you can see glimpses of thought, as the ranged ones will try to take cover, but that’s it. They never try to flank you, or implore some advanced tactics. Due to that the combat is quite boring and easy most of the times. The only times I broke a sweat was when i got overwhelmed by baddies(mostly due to the way the game has a habit to suddenly spawn them right next to you). Oh, and there was that one time when I jumped on level 50 Scorchbeast, but that’s a different matter altogether.

Yes, the game is as buggy, as people say it is

That joke about Bugthesda is not funny anymore, guys!

I would say, I haven’t encountered any super game-breaking bugs, but bugs there are, and they are crawling all over the place. Baddies, stuck in the T shape are quite normal, as are the ones clipping through walls or having objects stuck on them like some kind of extravagant armor.

One of the most annoying issues is related to hit detection and is quite often seen. Many a times the game won’t register you hitting the enemy even though you have 100% been aiming at them(sometimes at point blank even!). Add that to the crappy AI and you can imagine how much “fun” the combat can be at times.

One of my favourite bugs happen to me just a few hours ago. I somehow managed to deposit all ammo of my equipped gun in an event-related container(I must also thank the pleasant and intuitive controls for that). After that the ammo just disappeared. Cheers to the bugs in Bethesda games!

So, these are some of my thoughts regarding the game so far. I must say, it is quite the polarizing title and far from a perfect one. I have to admit that my opinion has been swinging back and forth for the past few days. Still, I have fun and will continue playing it, willing to see where it all leads. Stay tuned for more indepth impressions in the coming days!

No Man’s Sky Beyond Impressions: Starstruck