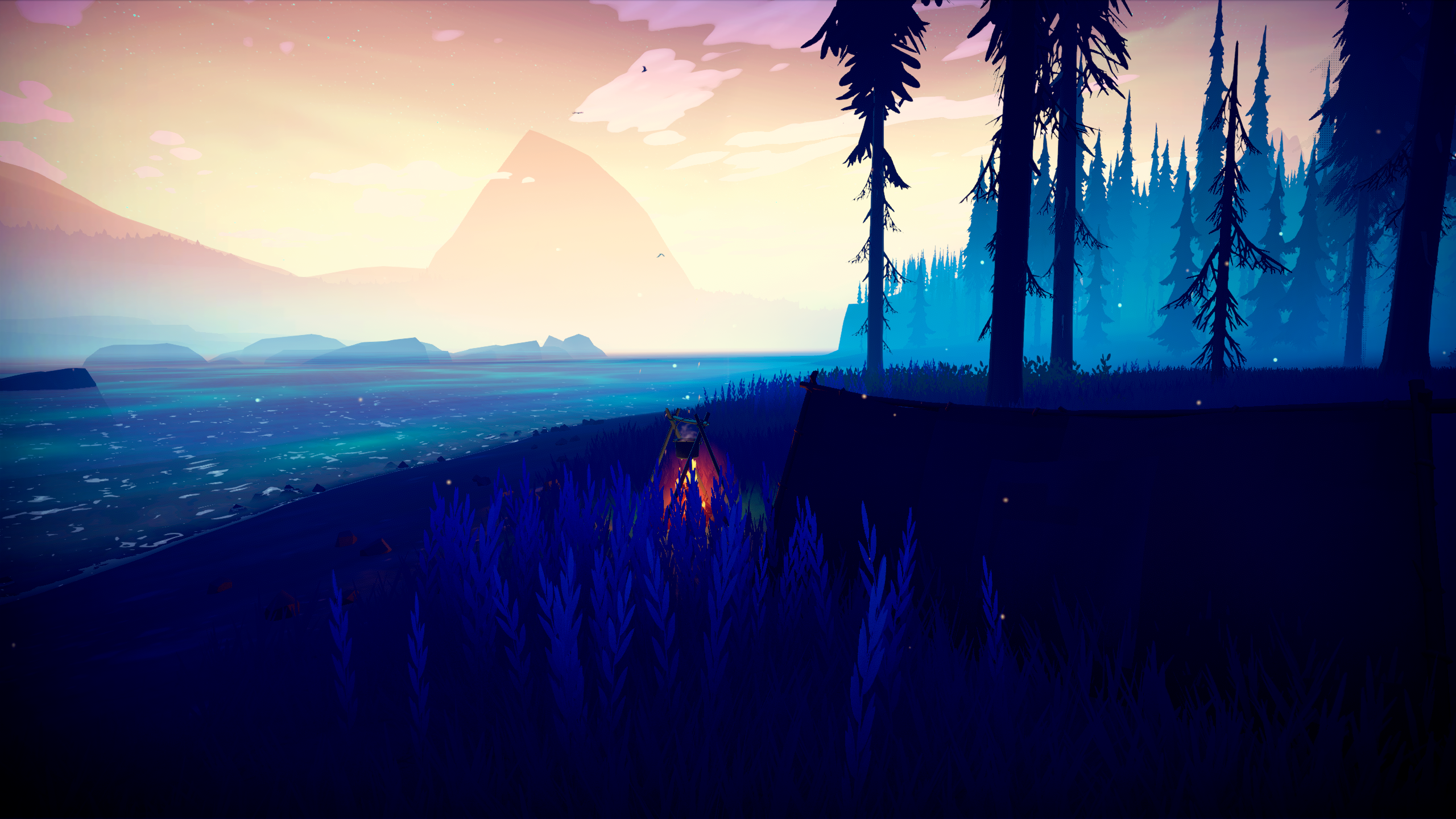 Among Trees was one of the many, many games previewed on this year’s PC Gamer’s Show. Although we were showered with new titles this one immediately grabbed my attention. A gorgeous looking survival-lite title where you live in your own cabin in the woods and explore the surrounding wilderness? Sign me in! So yes, the game is in Early access as we speak and I have put some ten hours in it and to be honest, I quite liked the experience. Among trees is a pleasant little game with a lot of soul poured in and big potential ahead of it.

You wake up in the middle of a forest with no memories of your past. Who are you? How did you end up in this place? Maybe aliens abducted you and then discarded your lifeless body after they finished all their experiments. Or maybe there is a zombie apocalypse ravaging the land and you escaped seeking salvation in the mountains, but can’t remember anything because of the shock you experienced. Or maybe you were trying to cross Skyrim’s border and walked right into that Imperial ambush… Question is there is no story, at least not at the moment, so you’ll have to make your own if you are into that sort of thing. You happen to wake up right next to a ruined shack(how convenient, right), which after a quick repair becomes your base of operation and after that it is up to you to go out, gather resources and explore the land.

Despite all the suspense I tried to instill, Among Trees is one pretty relaxing experience. I played on the middle difficulty setting and rarely had any troubles surviving the great outdoors. Resources are plentiful and your needs can be managed fairly easily, unless you are absolutely reckless, that is. What you need to worry is hunger, sleep, temperature(both mean that you need to return to your cabin at night) and health. There is combat in the game, but it is one sided, meaning that bears will maul you to death if they ever get to you and there is nothing you can do about it. Thankfully these beasties are not very common, though they have the annoying habit of roaming around useful resources. Most of the time predators are not of concern. There are no zombies that will attack you, or wild dinosaurs, or God forbid, other players. Most of the time you will spend in the game roaming through the wilderness, gathering resources and exploring the vistas. To be frank, I was perfectly fine with that. Among trees is not at all complex or demanding. The progress you make is related to upgrading your cabin and crafting new equipment. I liked that the house upgrade part was streamlined, as you build whole sections to your house such as storage room and kitchen. I found it more pleasant than punching on trees for half an hour only to build a wooden wall. Overall you can get all the upgrades in a few hours and though they all serve a purpose, some items become useless very fast. For example, you need the pickaxe to gather only one type of mineral, which is then used for only one item. Still, although the progression is fairly linear, it pushed me forward and gave context to the whole exploration part.

Speaking of exploration, this brought me immense joy. For starters, as you can see, the game looks striking.The soft pastel colours, the heavy use of blue and green enhances the whole relaxing experience. Though the landscape covers only one biome, you can notice subtle changes in the environment which add more variety. For example, in one part of the map the pine trees give way to more ash-like ones which was instantly noticeable since it was an uncommon sight. Still, though the nature part of the map is nicely realised, I wouldn’t mind more variety and things to explore. As of now there are only a handful of important locations. A few more caves and maybe some abandoned buildings wouldn’t hurt, me thinks.

One important aspect worth noting is that the game is not only Early Access, it is in a pre-alpha stage. On my end I did not run into any major bugs. The only exception is one that crashes your game when you die, but given how rarely this could happen, it is definitely not a deal breaker. The more pressing issue in such “early access” cases is the amount of content and the general direction of the game and I believe Among Trees could have more of both. There is a roadmap of the new features that are going to be implemented, such as pets and improvements on the wildlife and crafting systems. To me this is more than enough to eagerly wait for the new updates. Still I kind of want to see mechanics that keep you playing after you have unlocked most of the stuff, some kind of loop if you will. Maybe something ala Animal Crossing where different stuff is available on different days would be a good match but that’s just wishful thinking on my part.

Even in its current pre-alpha early access-y stage, I found Among Trees immensely enjoyable. As it stands, it is now a simple and linear game, but an incredibly charming and relaxing one. The game plays very well on the romantic side of survival and it gave me a great pleasure of exploring it’s fairy tale-like dreamscapes and living in my tiny shack among the trees. If you like zen experiences, pretty games in which every screenshot is a potential wallpaper, then Among Trees is the game for you.

No Man’s Sky Beyond Impressions: Starstruck

Black Mesa Impressions: The right remake at the right time