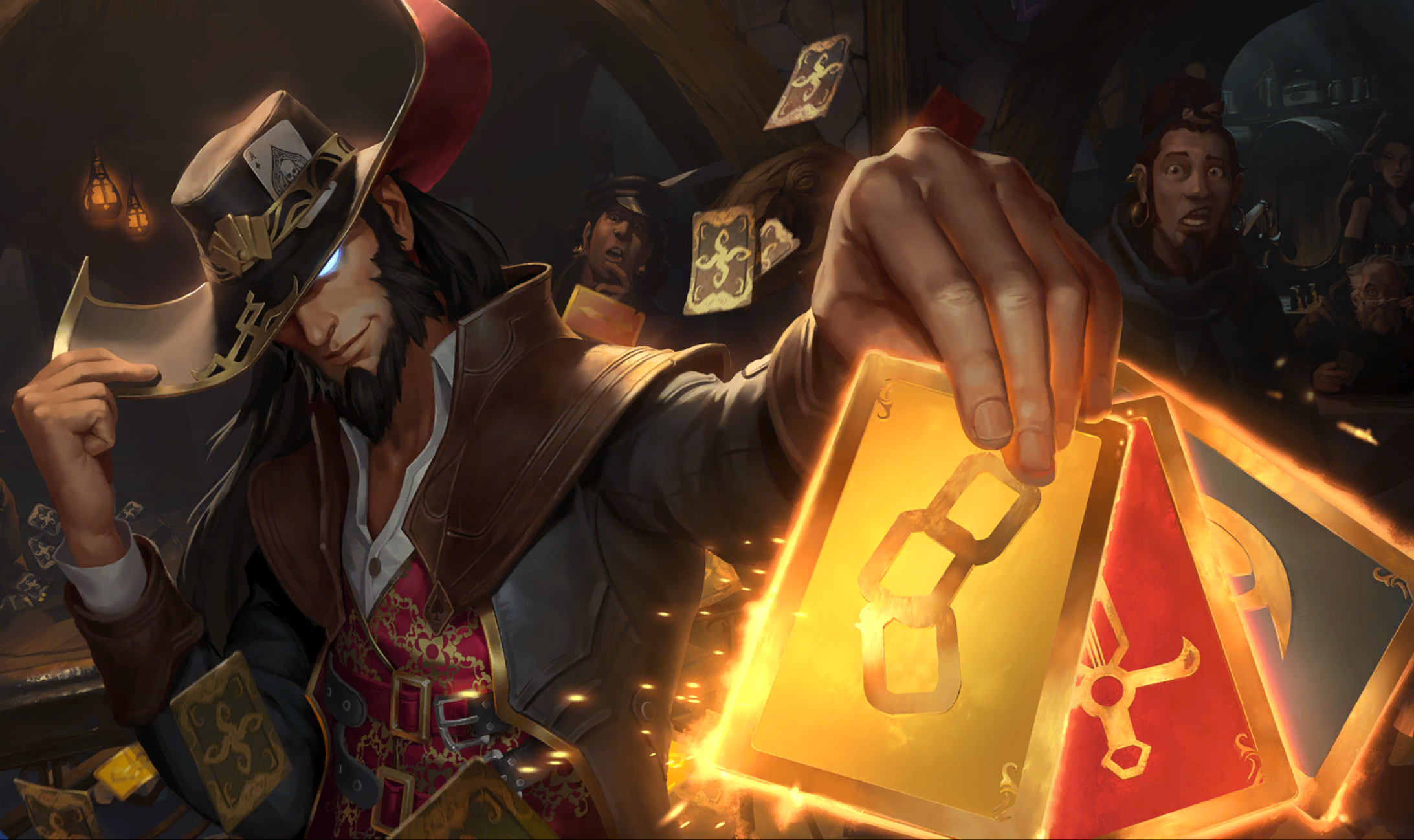 *epic movie guy voice*: In a world crowded with digital collector card games one studio sets off to make the best there is. Though ambitious, this game would have to face titans that have ruled the genre for years, even decades. Will Legends of Runeterra be able to reign supreme?*epic movie guy voice*

Quite the suspenseful intro, huh? Dramatic flavour aside, I believe it tells much of what there is for you to know in regards to Riot Games’ new title in their recent conquest to rule every game genre out there. This time, however, they have quite the competition in the face of the current digital CCG Hearthstone as well as the Grandfather of them all, Magic the Gathering in its Arena iteration. Now, full disclaimer: I have never played Hearthstone so I will not make much comparisons between it and LoR. I have, though, played Magic for a long portion of my life and have tried many other digital card games such as Hex and Spellweaver. So Legends of Runeterra will have the uneasy privilege to be compared with The Best TCG Ever Made™.

So how does it actually compare, and can it be even weighted against Magic? Let’s start with saying that LoR is an excellent, nay, brilliant card game. Though, while playing, you can feel the different places it pulls inspiration from, it interweaves them in such an elegant way that it easily makes them something coherent and special. Add to this some unique mechanics and tidings with the League of Legends universe and, yeah, that’s a recipe for success.

The first thing that impressed me when I started playing the game is how easy it was to get into it. This is for a couple of reasons. First, on the surface the rules are pretty easy. You have two types of cards: creatures and spells. You and your opponent take turns casting stuff, then one of you attacks the enemy nexus and the opponent decides if and how to block. Once both players have exhausted their mana or do not want to play anything else, the turn ends. This is the summary, but you can imagine there is much, much more to it. Like the saying goes, the game is easy to understand but hard to master. For example, there are three types of spells: slow, fast and burst. Casting a spell of the last type resolves it immediately without passing priority to the opponent, while with fast spells, you can chain a few of them to be executed, but after passing priority the enemy may have a response and foil your carefully constructed plan. It is this back and forth that is one of the most thrilling aspects of Legends of Runeterra. Both players play the turn together. You can rarely have a free reign over the situation, unlike in Magic, where the opponent can be tapped out or is not able to cast creatures or sorceries on your turn(for the most part at least). You decide to play a creature in LoR? Well, the opponent might answer with a creature of their own, which is bigger than what you have or ruins your plans in another way. Speaking of ruining, how about them waiting for you to overextend, then blowing up your board with Ruination. But what if they do not have any action in their hand and you are actually missing out on critical points of damage? Again, it’s about these types of mind games that keep every match constantly engaging and you on your trembling with excitement toes.

The second that makes the game easy to get into, and this is a big one is how generous it actually is with the card it gives. For starters, there are a few ways of acquiring new cards. You have wildcards, then you have the ingame currency and then you have the premium one. On top of that you can choose a specific region(similar to colors in Magic) you want to grind, unlocking cards from that specific region. Aaaand on top of that there is a fun twist of the draft format that can also wield nice rewards if you are good at it. Aaaand, there is also a weekly vault, which you work towards, that also has nice rewards if you have played the game enough. Believe me, coming for Arena, that’s a lot of ways to get new cards!  This in combination with the relatively small card pool Legends currently has means that building a competitive deck is a fairly easy task. I’ve been playing for a month and now have two top tier decks and waiting for next week’s vault in order to build a third. Not to mention, I grinded my first deck with a budget one, built only with cards awarded to me in the beginning! The card pool size helps here for sure. Most if not all of the cards feel relevant and help to fuel a particular strategy. Heck, even the current top deck is mostly comprised of commons, has no champions or epic cards(the top two tiers of cards). Overall the card design feels great with most cards being on point and helping to enable lots of different deck types. You want aggro, you can play it. Control? For sure! Combo? Legends of Runeterra has it, as well as everything in between. The current meta is rich, quite varied and definitely fun. Another benefit of giving lots of cards to the players is that you run into a lot of unique and rogue brews. In Arena you can almost feel obligated to spend your hard-earned wildcards as efficiently as possible, which to me leads to more predictable metas(as also mentioned in my Arena impressions). Here you usually don’t need to give as much in order to build a new deck, as you will have most of the cards already unlocked by grinding out the specific region. The feeling that Runeterra just wants to be played is something that immensely enhances the overall experience.

On the presentational side of things, the game is close to perfect. Which should not come as a surprise given who Riot games are. The UI is elegant and informative, working great on PC as well as on mobile. It has small but helpful features like seeing how life total changes after combat and history of every spell played during the game(where is this feature, Magic the Gathering: Arena, WHERE?). That last one helped me a lot while getting into the game, since I was able to read and understand  each card and effect that was resolved and eventually learn them. Card art is also amazing and what I liked, coherent between the different regions, fleshing them out perfectly. Every creature you play also has a handful of voice-overs, when they are played, when attacking, etc. What really got me, though, is that they react to other creatures being played, which can oftentimes lead to funny and unexpected interactions. This, combined with the great animations makes the game feel alive and enhances its dynamic nature.

In the finale of this article I would like to make a full circle to the question left unanswered in its very beginning. Where does Legends of Runeterra stand, compared to the other digital CCGs? To me, it blows every Magic clone there is out of the water. The way it constantly keeps the player engaged, the brilliance of the mechanics as well as the overall execution makes this game one of the best. Is LoR better that Magic: the Gathering though? I have to say no. It is hard to chase a game with more than 25 years of history and development. But I can tell you this, in times it gets so damn close! While I was playing, the above question, whether LoR is better, popped more than a few times in my head. And while the answer was always a definitive “no”, there as a continuation: It is, however, better than Magic: the Gathering Arena! And that’s quite something.