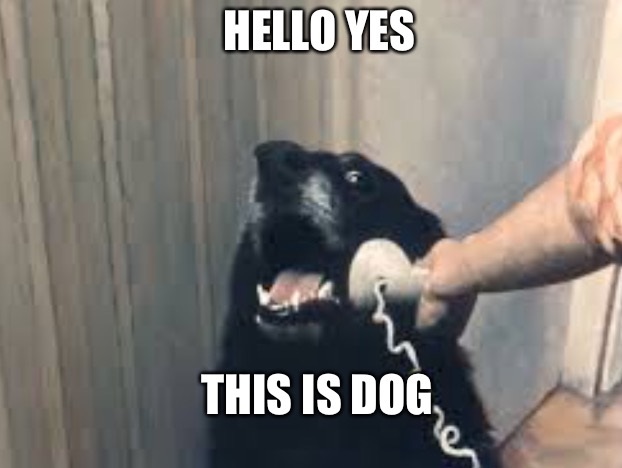 Let me tell you a tale. Or as the cool Youtubers would have said: sit down kids, it’s story time.

I got “Beren and Luthien” for Christmas and while reading it, I really started feeling the urge to play something Lord of the Rings related. So what’s one of the best games that can help you satisfy such need? Why, Lord of the Rings Online, of course. I was really into the game a few years back, but after awhile got tired of all the MMO fetch-quest-y, grindy stuff the early zones are filled with.Regardless, I have always kept fond memories of the times spend in the game. It is maybe the most faithful representation of Middle Earth, it has great character customisation and a dedicated, friendly community. In short I decided to give LotR Online a go again, but not before watching a ton of videos related to the latest releases. I was kinda hyped.

I reclaim my username(had forgotten it), reset my password(guess why) then try to login into the game. I get an error message stating that either my password or username are incorrect. I try a few more time(unsuccessful), scratch my head(feels good), try to think for a moment(kinda stressful), then I make the decision to contact the support. They should be able to help me, right? So I open a ticket, I describe my problem and wait for their response. One week later, I’m still waiting.

Now, this article does not aim on bashing Standing Stone Games’ support. Rather, as the title suggest, I would like to outline why it is good, nay, crucial to have strong customer service, especially in online games. Single player games are more or less a known quantity. When you cough up the cash you know exactly what you are getting. Most of them does not require to be logged in a server constantly, does not have microtransactions(unfortunately some of them do), does not have ingame community that can cause problems. Whatever bugs or issues the game has quickly become known and it is up to the developer to fix them. Most importantly, single player games only require the player to spend money once. All of the today’s online games does not function this way though. They want to keep the player in and have repeatable payment mode, be it via a monthly subscription or through an ingame shop or some other method. For the company to be able to keep the players in the game, a pleasant experience should be provided all the time. What needs to be understood is that support should be a part of that experience and can sometimes turn away the person from the actual game.

In this two-part article I have outlined some tips that should improve the encounter between a customer(the player essentially being one) and the support(aka the “why haven’t they fixed my problem yet” guys). Part one is dedicated to the support. Here we go:

When opening the ticket in the above story I had several options to choose from in order to categorize the problem. None of them fitted perfectly, but so what, I went with one that seemed close enough. After filling in all the fields, I came to the realisation that the category I had chosen was more related to a transaction problems, so I decided to pick a different one. Doing so cleared all other tabs I had previously filled in. In a moment all work I had done vanished(just like my hopes and dreams) and I had to start anew.

After opening the ticket I got the usual automail “thank you for contacting support, yadada, yadada”. What’s important is that the mail said, I could reply to it if I had any additional info. Cool. Few minutes later I got an additional mail stating that I had to create an account in Standing Stone Games’ ticketing system if I wanted to track my ticket. Soo, which one is it? If I don’t make an account, will I ever understand if the ticket is updated? Why do I need to create an additional account if I already have one for the game?

Your ticketing system is the first thing a troubled customer will see.Needles to say, it should be as easy to use as possible. This is what prepares the person for the actual contact with the support. Make it convoluted or bug-filled and you are making an angry customer even angrier. When they actually get to the support they will be ready to lash out on the first person that talks to them. And this person, who in fact is not guilty for neither the ticketing system, nor whatever issue the game may have will be the one to take it. This is never pleasant and will most definitely make the support hate their job. Which in turn leads to said job being done poorly.  Another issue with a customer in a raging bull mode is that it is much harder to get the important information between all the shouts and curses out of them. Which could make even the easiest case much harder to solve, in turn leading to worse customer satisfaction. It’s a vicious cycle and it can start with your “Open a ticket” page.

There is a term in customer support called FTC: first technical contact. This, as you probably guessed refers to the initial response from the support engineer(no, the automated one does not count). The faster you make the FTC, the better. And let me tell you a secret: in most cases it does not really matter what you actually say in your first mail. Most people do not expect a solution right off the bat. They know it takes time to look into things(even if they are all huff and puff). So a simple mail informing the customer that Engineer X is looking into the matter is more than enough. The faster this mail is sent, the better. Imagine me, waiting over a week for a response, not knowing if anyone has seen the mail at all.By the time I get a response I have probably moved on(my initial enthusiasm definitely died out).If I play regularly, why should I keep playing, even if they solve my problem eventually? Should I spend any money on a game if no one seems to care that I have been locked out of? Such worries are quite reasonable, and the more the person is waiting, the more resounding they will become.

What is important is that the customer should not feel forgotten at any point. Even if there is no movement on the case, spare a few minutes to write to them that their issue is still being investigated. It will still suck for them, that the problem is not resolved yet, but it will make them feel better as well. That said, sending such messages over and over without ever progressing the ticket is as worse as not answering at all. Such is also making an FTC with “we are looking into things” a few days after it was opened. Behavior like this is strongly advised against.

Sounds stupidly obvious, but you will be surprised. This sometimes is a trap the most experienced support members can fall into. Having worked on hundreds of cases, you start to find patterns it the cases you get. This is not bad, in most cases it can help to solve the problem faster. But every now and then, a customer will have an issue that only sounds like the others, but it is completely different. Putting aside that providing a false solution may worsen the situation, it is absolutely disrespectful towards the person opening the ticket. This is one of the baddest feelings a customer can have: that they are not being listened to. Feeling being disrespected or not taken seriously, that’s a huge turnoff if I have ever seen one. So, take your time to understand the issue. If something is unclear get in touch with the customer(as quickly as possible, another bad practise is to answer the customer after a few days only to ask more questions). I learned this phrase a few years back and since then I try to stick to it when doing my job: “When in doubt, ask”. Simple but effective.

4. A free game does not equal lax support

This is a misconception some people have. “Hey, it’s free, I’m not paying a dime, so it’s understandable they are slow”. Well, you may be playing free now, but this can change eventually. In two of my favourite games, League of Legends and Path of Exile, I spent hundreds of hours without giving them a single dollar. Mostly because I didn’t have much to spend, but that’s another story. However, a time came when I had more cash to throw away, so I started eyeing some cool stuff in their paid shops. What’s important is, not only the offered stuff was really good, I felt like the developers deserved to be given something for all the hours of entertainment they had provided me with.

Such incentive can be lost if the player is not treated properly. It has been heavily debated whether paying for something equals owning it. Though you can’t own League of Legends(duh!), the content one has paid for should be available at all times. As for people solely playing for free, well, the more of them a game have the better. Seriously, what’s better that a large player base. Strong and massive community only brings longevity for the game. It is also a good advertisement. What’s better than someone telling his friend how awesome your game is? Someone who’s telling their friend how awesome your game is and also about that time they had a problem but your super cool support helped them out!

Stay tuned for part two where we learn how can one be a good customer(also known as “not acting like a jerk”).

Six of the hottest PC indie games coming this summer