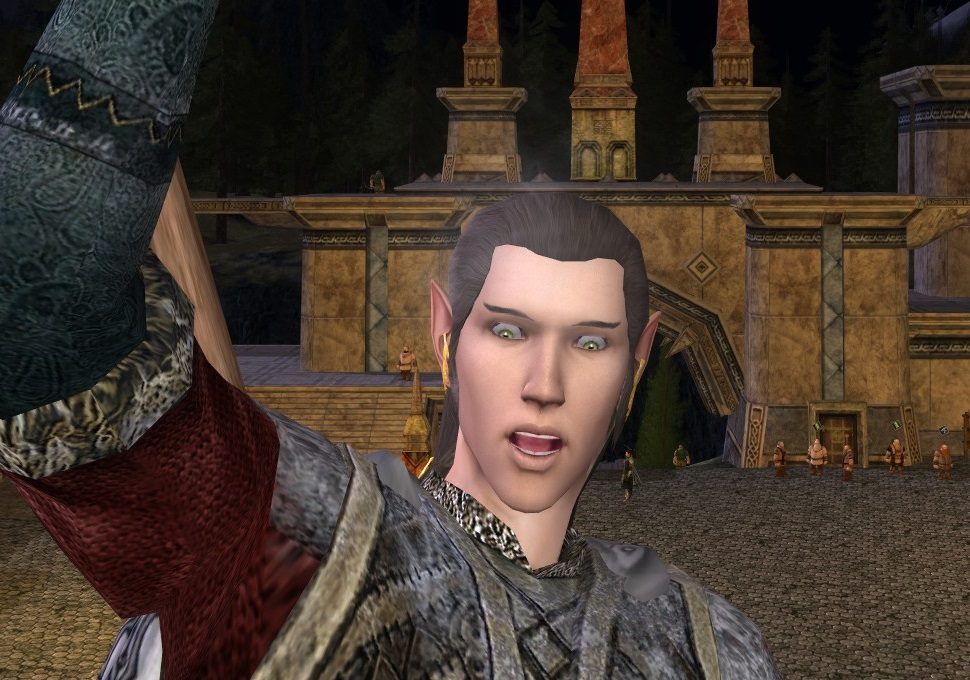 In the first article of the series, I highlighted the necessity of good support structure. If you missed it, it would mean a great deal to me if you check it out here. Today we are going to look on the other side of the coin.

Before we get to the main topic, I would like to tell you how my adventure with the Lord of the Rings support ended. After waiting eight days for a response I finally got one. I was detailed and, to be fair, quite charming, leaving me with the impression that a really pleasant person wrote this(kudos for that). It did, however, leave me a bit baffled as well, as it asked to do something I had already done: reset my password. Any good impressions I had were being shoved by one simple question: did they even read my ticket? Mildly annoyed, I was debating whether to return a mail with this simple question, but in the end I decided it wasn’t worth it. I had waited for a response for over a week, I did not intended to simply wait for another. So instead I decided to do what I was asked and THEN return the mail, advising them on a pair of good reading glasses.

I reset my password yet again and tried to login. To my surprise, this time it let me in. So much for the brilliantly sarcastic mail I had already composed in my head…

Situations like these are not so uncommon when two or more strangers are trying to solve a problem. I already mentioned how important is for the person on the support side to understand the problem and not underestimate it. Being the customer, there are also things that have to be understood in order to improve the experience and help solve the issue faster. This is the article’s main goal, to outline ways to help the support and therefore help yourself.

I touched upon this in Part one. Shouting gets you nowhere. You want your problem solved fast? Well, you just wasted 10 minutes impersonating a vuvuzela. Yelling and screaming can help you get pressure from your chest, but that’s about it. What really helps solving the issue is providing the needed information, so instead try doing that. It is understandable that the problem can be hampering your daily activities, so stressing that out to the support engineer is not bad at all. Just do it in a more polite manner, otherwise you risk turning the focus to your persona instead of the actual problem. There are many companies that will not look with a good eye upon such behavior, especially if you are representing an organization yourself. I have seen cases over the years where my managers would contact the client’s managers and the topic would not be the reported problem, but rather the tone it was reported with and trust me, you do not want this to happen to you.
Also, if you represent another company, imagine how bad of an image you would create for said company. You may have a client(of future one) speaking to you on the other side. Seeing and hearing such behavior would surely make them think if they still want to use your services.
At the end, simply do not stress out the person working of your case. If you want let off some steam, go swimming or boxing, or throwing eggs at people at the park or something.

2. Do what you are told… as long as it is reasonable.

The end of my support adventure illustrates this quite good. I was asked to do something I had already done. I believed I had the right to call them out, yet decided to play along and it payed out.

There are a few reasons to do that. In many companies there is a bucket list that is thrown at people calling in with complains. Like the internet company: they always ask me whether I have restarted my router whenever I contact them. More often than not they will ask me to do it again, regardless if I had already tried this solution. I always do it, even if I don’t believe it will make any difference.

In such situations it is good to ask yourself the following: is it worth it to argue with the support if trying out the solution will take the same(or even less) time? Also, there are things that happen behind the curtains that you could be unaware of. In my case, maybe there was an issue the first time I reset the password and it did not register properly. Or maybe there was a bug with their site. Or maybe, just maybe, I did something wrong the first time around(rather impossible, but still).

Getting the usual causes out of the way as fast as possible can only be beneficial for the resolution speed. If the support engineer is inexperienced he might throw at you these common solutions. If you go over them faster, a senior engineer might get involved to further investigate. As Shia Labeouf would have put it: “Just do it!”.

That said, if the solution seems too outlandish to you just go ahead and point it out. There are definitely people, that are going to give you some kind of a suggestion, just to get rid of you. Should you reinstall your Windows if you can’t connect to the game’s sever? Probably not. Do not let people get away with such behavior. Ask the reasons behind the suggested solution and if it will take too much of an effort, ask if a more practical one can’t be found. What’s better, to have the support engineer further research the matter for a couple more hours(which is arguably their job after all) or you to waste your whole day on a solution that might not even work?

3. Try not getting into too much details.

This is a personal rule I have when contacting a support team: I play a complete idiot. On one hand it is not hard at all. I just give them the basics: my internet does not work, the light makes blink-blink in red. I avoid giving them my thoughts on the cause of the problem. Giving the support your opinion can be a two edged sword. True, it can lead them on the right track on solving the issue, but it can also be a red herring. I have been in situations like this before: a ticket comes and a customer is so sure about the issue, their statement sounding so conveniently correct. Then I spend hours, even days only to realise the root cause is something completely different. Still, if you are confident about what you know, go ahead and share it with the support. A friend of mine had issues with Battlenet. After a few long sessions with the support, they concluded that the problem was caused by the ISP and had the logs and traces to prove it. So the Internet company representative’s request to “restart the router” was promptly turned down with my friend pointing out the real cause of the issue and asking not to waste time.

We talked how it is good to cooperate. Still, not all support engineers are made equal and there are a few rotten apples out there. If you happen to stumble upon such a person, do not put up with it. Taking too long to answer? Drop a mail, asking about the status. The engineer keeps asking questions that go nowhere? Request the ticket to be elevated to higher level. After all, you ARE the client and you ARE paying(one way or another). Just be sure to do it in still polite manner. Otherwise you risk shifting the focus to you being rude and we already mentioned how this one can go. Also, make sure you claim is right. This one is tricky, but you can’t ask for elevation for every problem. Knowing when to act is important. Sometimes it can take time for the support to investigate the issue. Requesting an update every hour or so would not make things better, quite the opposite actually as the engineer would have to put down work only to call you. It can be tricky, but as I said, if you feel you are being mistreated, make sure the involved sides know that.

5. Spare some time to give feedback.

Let’s say you have reached to the dreamed happy end. You are finally able to get back into the game, you were refunded for the game you didn’t like and so on. Relieved, you want to leave everything behind. Still, if you get a mail or a call asking for a satisfaction feedback, I would recommend you give it. Personal observation shows that satisfied customers are less inclined to fill up a survey than unsatisfied. Regardless of your feelings it is a good practise to share your impressions. If the engineer took too long to respond or was impolite for example, nothing will change if you stay quiet about it. Too many complains may lead to managers investigating the person, or looking into the whole support structure even.

On the other hand, if you are happy with the case resolution, spare a minute to thank the engineer. It will make them feel better, which can also improve their performance. Imagine such a person, having the motivation and the right mindset continuing to strive and getting eventually getting promoted to higher level. He will then have the means to influence others to act in the same way. And this is something that eventually all want from the support.

I hope you enjoyed this two-part article series. Problems do appear sometimes and the fastest way to resolve them goes through good communication. Keep it like that on your end and if you are not treated with the same, give them hell(but in a polite fashion).